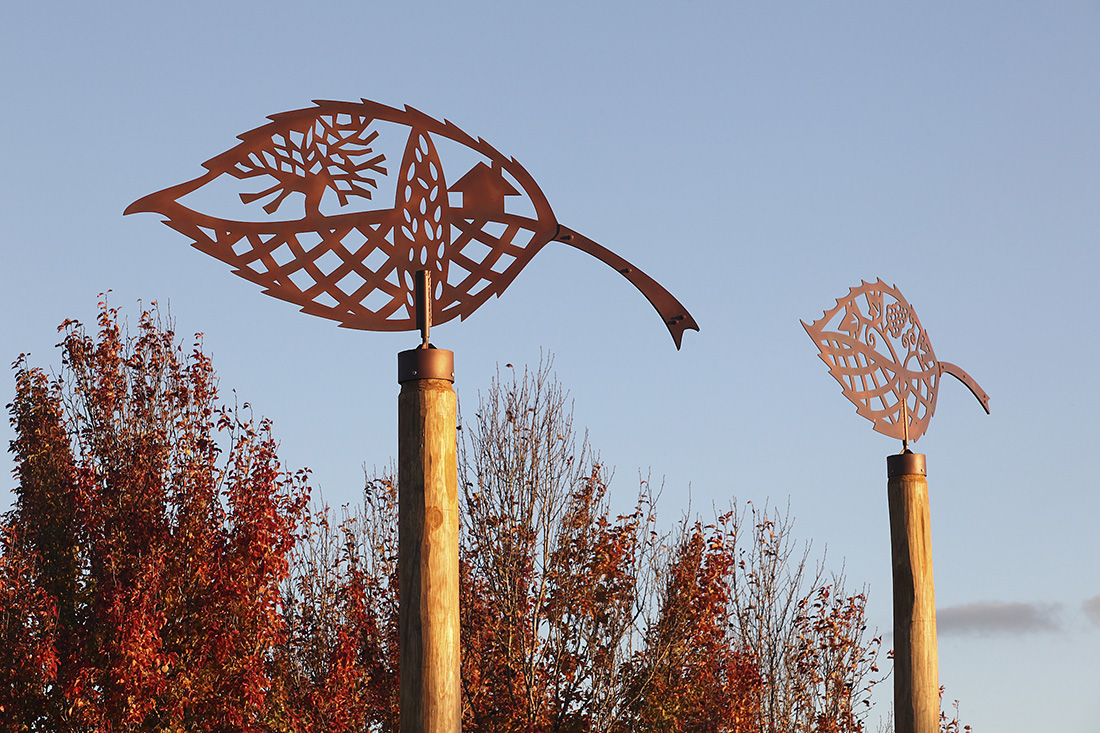 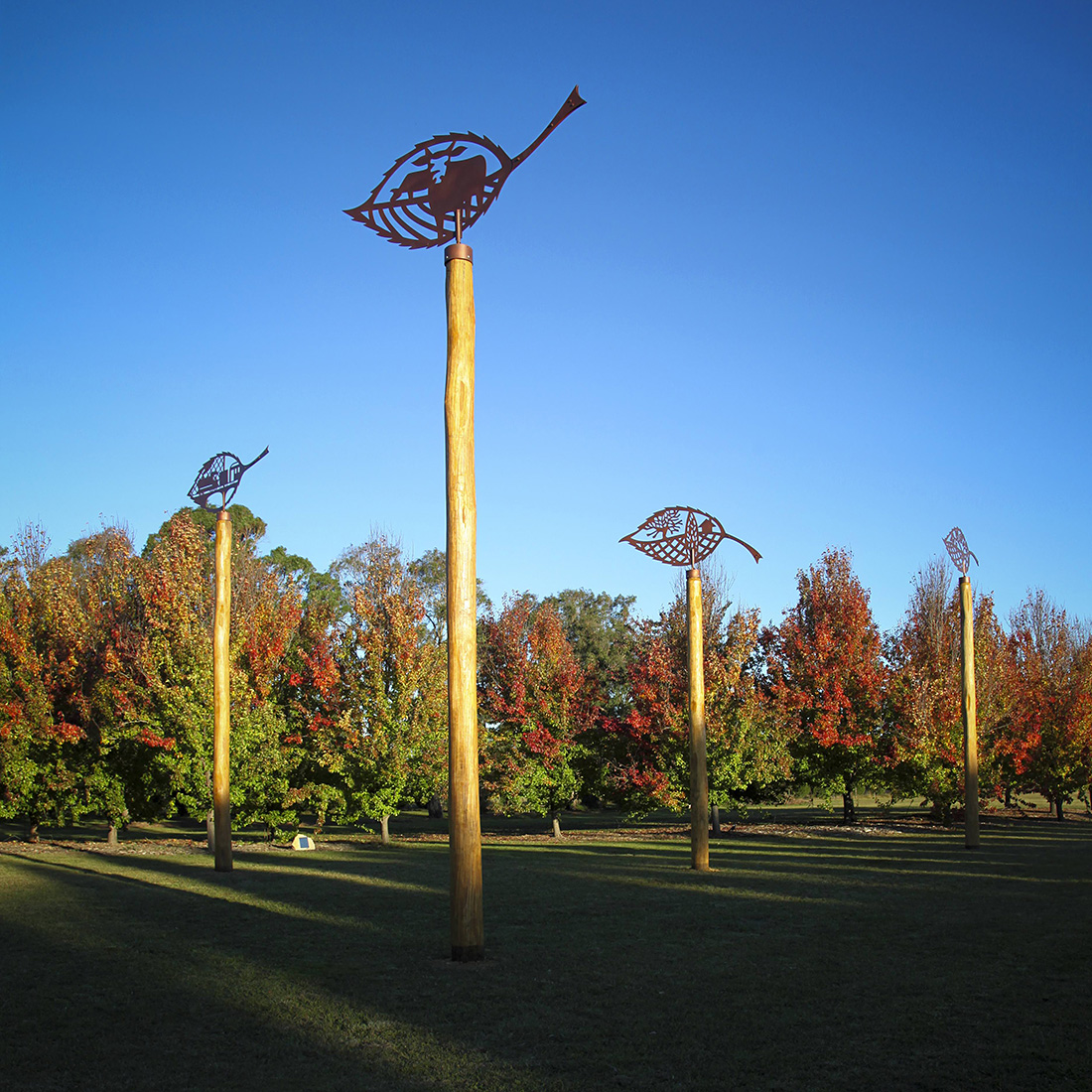 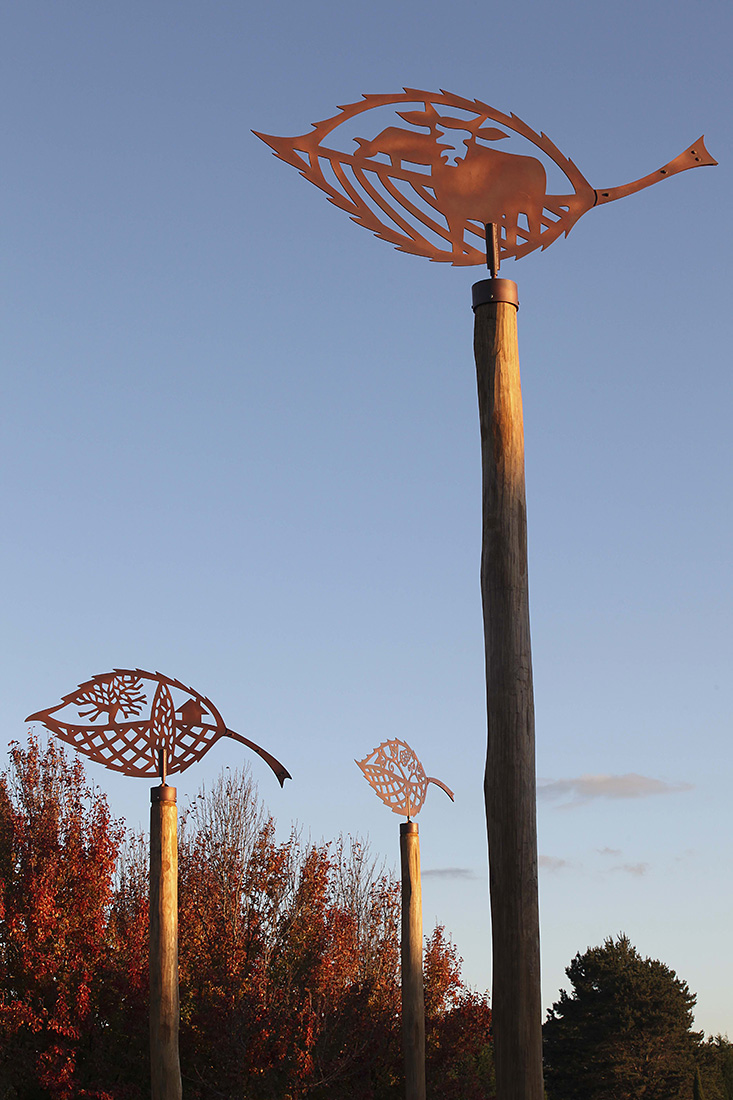 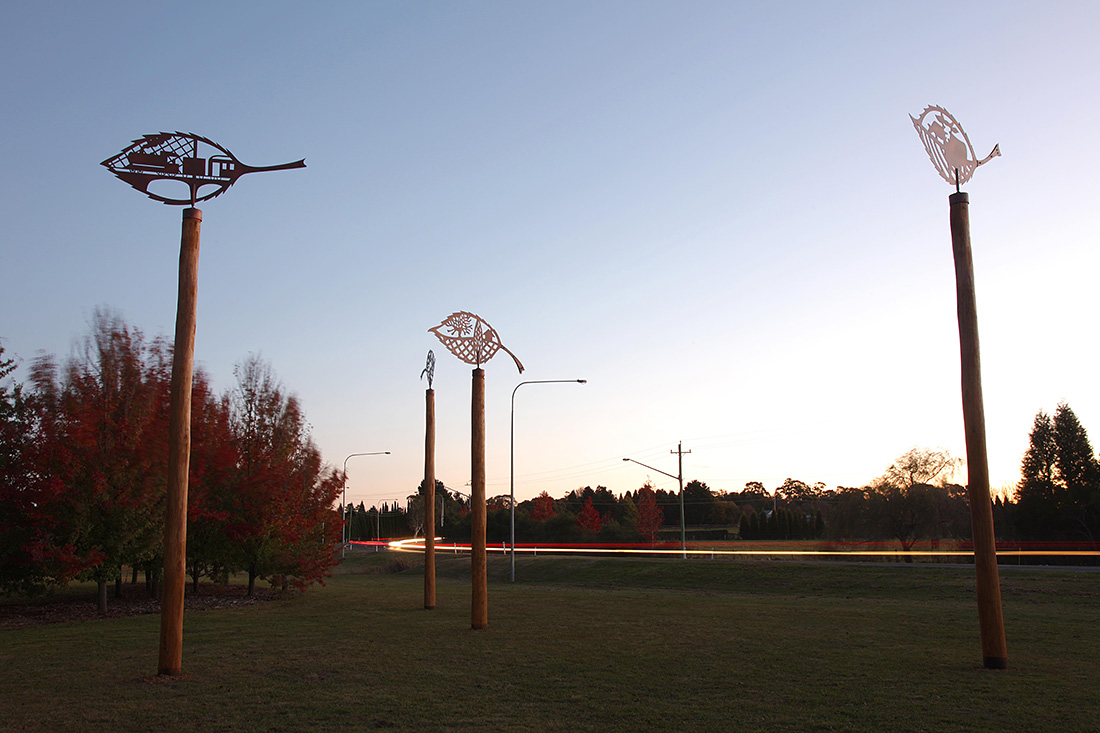 Winds of Change is designed to be viewed from cars travelling 80km per hour. The laser cut wind vanes are coated with metallic copper to reflect the ornamental pear plantation backdrop.
Winds of Change is located half way between Bowral and Moss Vale and celebrates 150 years of development in the Southern Highlands; land grants opening up pastoral development, the completion of the railway that opened up the area for tourism and subdivision that lead to the creation of grand estates and gardens and more recently the establishment of new industries such as viticulture.